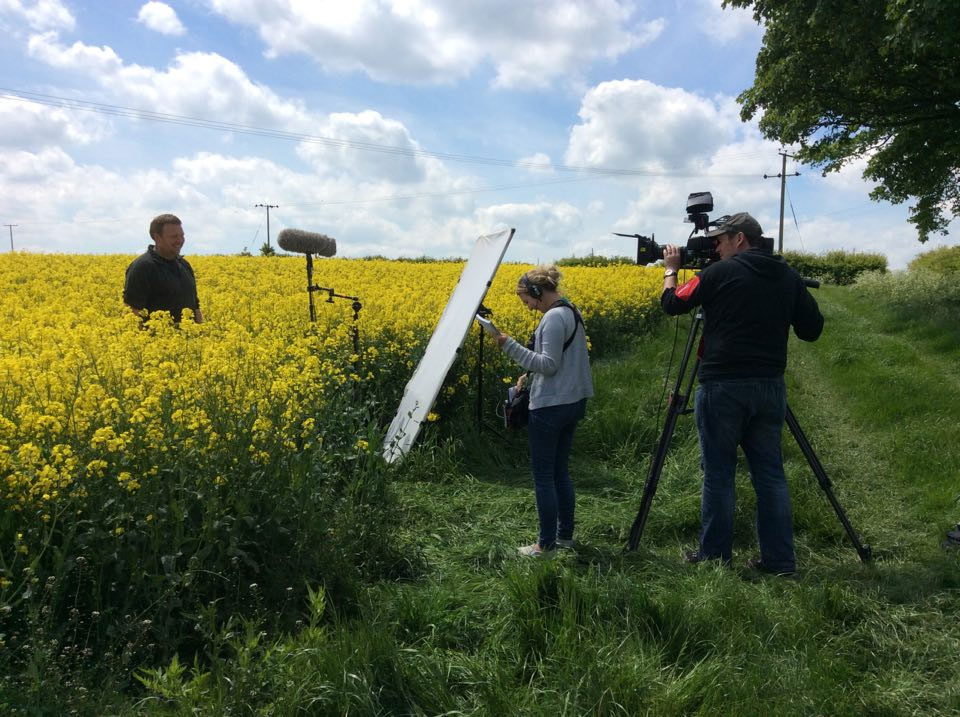 The team behind the Yorkshire Wolds artisan oil seed rape business, Yorkshire Rapeseed Oil, made their TV debut when they feature in James Martin’s Home Comforts show this week.

Thixendale based Adam and Jennie Palmer were approached by a BBC researcher who was looking for a Yorkshire producer of store cupboard staples that Yorkshireman and celebrity chef, James Martin, uses to make comfort food.

Over the course of a day, the BBC film crew followed Adam Palmer as he talked about growing and pressing rapeseed oil and watched Jennie making Baked Camembert with Giant Croutons with 5 year old son, Charlie in the farmhouse kitchen.

Adam Palmer said: “We were delighted to be chosen to fly the flag for Yorkshire rapeseed oil and we were very pleased with the outcome. We have had fabulous feedback from customers and young Charlie was over the moon with his performance!”

James Martin’s Home Comforts with Yorkshire Rapeseed Oil aired on BBC One at 15.45 on 12th January and was repeated on BBC Two on 16th January at 12 noon. You can watch it here from 17 minutes in http://www.bbc.co.uk/iplayer/episode/b06wbmzy/james-martin-home-comforts-series-3-7-love-your-larder

Yorkshire Rapeseed Oil was established in 2008 by Adam and Jennie Palmer on their family farm in the heart of the Yorkshire Wolds.  They now produce a range of oils, dressing and mayonnaise based on their award winning rapeseed oil that is produced exclusively from home and Yorkshire Wolds grown rape and blended, bottled and labelled on the family farm.

The oil is used in Michelin starred kitchens, including the Pipe and Glass at South Dalton, and all products are preservative, GM and gluten free and are suitable for vegetarians.