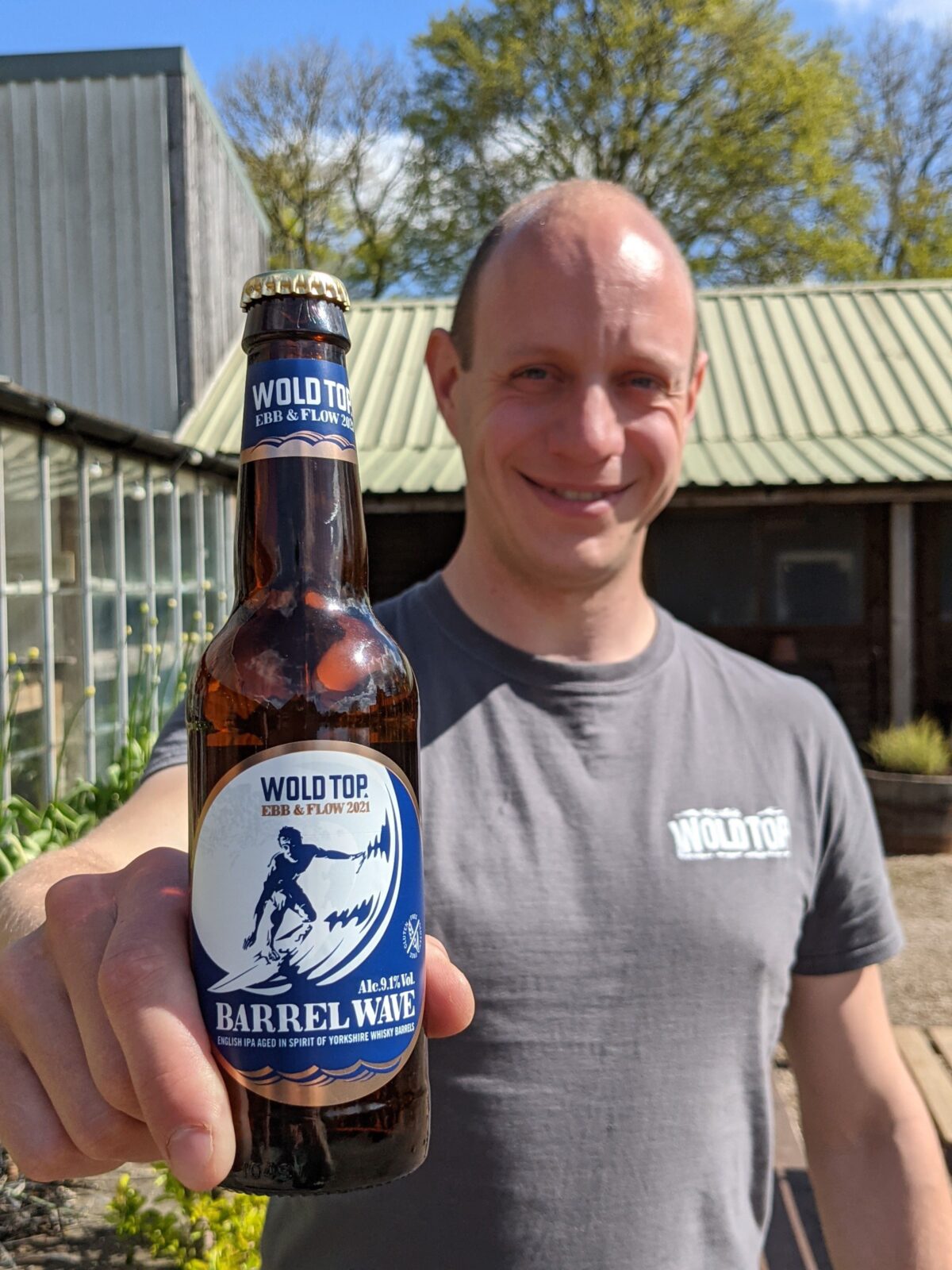 Sibling businesses from the Yorkshire coast have collaborated to launch a second barrel-aged beer.

The teams at Wold Top Brewery and sister company Spirit of Yorkshire Distillery have launched Barrel Wave, a limited edition beer that has been matured for eight months in casks that latterly held Filey Bay whisky from Yorkshire’s first single malt whisky distillery.

Alex Balchin, Wold Top’s Manager said: “Rather than brewing an original beer (as we did with our first barrel aged beer, Swell), for this bottling we’ve taken one of our most popular and well known beers, Scarborough Fair IPA, and aged it in Spirit of Yorkshire whisky casks for eight months.

“Over that time, the beer has matured and developed and has taken on the flavours of the casks. The result is a beautifully rounded, smooth, full bodied beer where hints of soft citrus fruits and hoppy bitter notes marry with the light, creamy, vanilla flavours of the Filey Bay whisky.

Founded by in 2003, Wold Top Brewery is based on the Mellor family farm at Hunmanby Grange near Filey and uses home grown barley and water from the farm’s borehole to produce a range of award winning cask, keg and bottled beers.  Owner Tom later founded the Spirit of Yorkshire Distillery with business partner, David Thompson producing Yorkshire’s first single malt whisky along with a growing range of award winning spirits.

Stocks of the new beer have been limited to 6,000 330ml bottles that are available online at woldtopbrewery.co.uk, from the shop at Spirit of Yorkshire Distillery and independent retailers whilst stocks last.