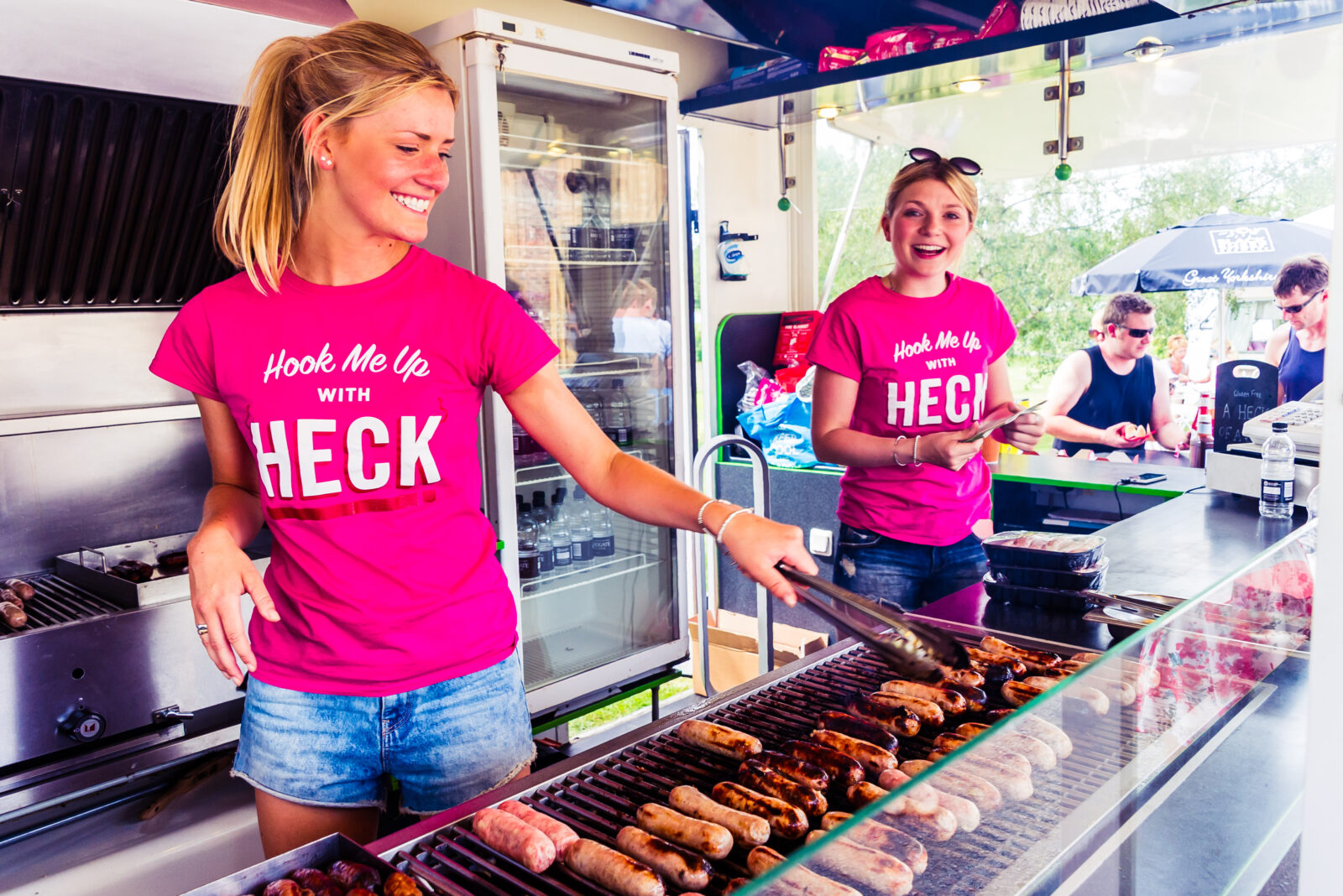 It’ll be tongs at the ready this Saturday when the team behind HECK! fire up the grills for a bumper family BBQ Day at their base near Bedale.

Filled with outdoor games, BBQ food and a practice session for the burger flipping world record they are attempting to smash later in the summer, the event will be a fun-filled day for all the family.

The HECK team will be gearing up to beat the current record set in 2012 in London’s Covent Garden by a team of 18 who flipped 1,350 burgers in less than a minute, and this weekend visitors to the event will be encouraged to roll up their sleeves and get flipping alongside them, with star performers invited to join ‘team flip’ for the actual challenge later in the year.

Taking place at HECK HQ between 10am and 2pm, HECK’s ultimate BBQ bash is a great excuse to get outside, soak up the sunshine and enjoy fun and games, alongside drinks, ice cream and delicious BBQ food from the company’s popular meat and meat-free ranges. The team will also be hosting a taste test panel for visitors to try some of their new food recipes and vote for their favourites.

HECK’s Amy Seed said: “Summer, sunshine and barbecues go hand in hand, and we wanted to make the most of the current good weather with a big BBQ bash for everyone.”

As well as enjoying some great food and drink, we’ll be rallying our local community to hone their cooking skills and help us practice our burger flipping for when we try and beat the world record later this year. We look forward to seeing everyone there.”

As well as all fun and games for the children including a giant slide, bouncy castle, hook-a-duck and face painting, HECK’s new Sausage Shack, kitted out to cook hotdogs and burgers for takeaway every Saturday will be open, as well as their factory outlet, which will allow visitors to stock up for the BBQ season ahead with bumper £10 BBQ bundles including their special edition sausage and burger flavours.