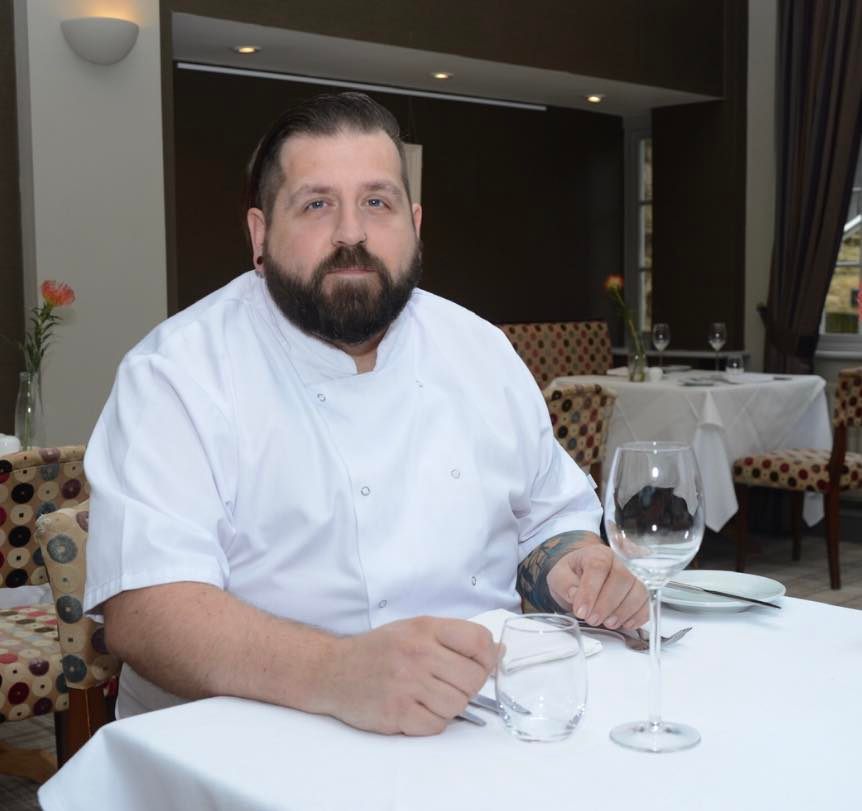 Guests dining at the Feversham Arms & Verbena Spa in Helmsley this summer will enjoy menus created by a recently appointed Head Chef, whose passion for Yorkshire fayre is second to none.

Jon Appleby has honed his culinary skills for over two decades within the area’s finest hotels and inns, including Rockcliffe Hall at Darlington, The Blue Lion at East Witton and Judges at Kirklevington.

Cooking in a modern British style, his passion for sourcing as locally as possible is at the top of his agenda along with helping to sustain small independent businesses and artisan producers .

The Feversham’s new seasonal menus include locally sourced salt-aged Loin of Yorkshire Beef, served with buttered King Oyster mushrooms and a shallot and red wine sauce, a Mosaic of East Coast Seafood starter, or the North Sea Monkfish tail, served with a lightly curried fish velouté, all caught off the Yorkshire coastline, and delivered daily to the restaurant, which are already proving popular with diners at the hotel’s Weathervane Restaurant.

Jon said: “We’re so lucky to have a range of exceptional local artisan producers on our doorstep, as well as all the fresh produce that one may expect; a couple of firm favourites are fresh organic sourdough bread, which comes from The Baker’s House in Helmsley, and the most delicious and beautifully presented hand- made chocolates, which are now served as our petit fours.  These are created especially for us by the lovely people at Park House Barn in Ampleforth, which is a social enterprise initiative.  I love to share this story with guests who, after sampling them with us, will often drive over to Ampleforth to stock up before heading home!”

Jon’s influence is also evident on the ‘al fresco’ lunch menus, on offer at the hotel’s poolside where spa-goers, guests and non-residents alike, can linger over simple, tasty dishes, many of which are Mediterranean-inspired, and compliment the pool side ambience.

General Manager, Ingo Wiangke, said: “As well as his creative skills in the kitchen, we are impressed by his support of the local community. This extends beyond the sourcing of the foods, and of equal importance is his ambition to support young people at the start of their hospitality careers.

“Jon supports several educational organisations, and often sits on regional judging panels on a voluntary basis. Like most hotels, recruitment has presented some challenges of late, so Jon’s approach has been to invest extra time in supporting and developing youngsters as they take their first steps in becoming a professional Chef.

“Above all we’re excited to see what Jon brings to the table in his ambition to establish the Feversham Arms Hotel as one of the North’s best hotel dining experiences.”

The Weathervane Restaurant serves food from 6pm – 9pm daily, and is open to non-residents, as well as hotel guests, with two courses priced at £49 pp and three courses, at £59. For more information and to book online visit www.fevershamarmshotel.com