A Ripon restaurant is rounding off an award winning 2015 by celebrating 10 years in business. 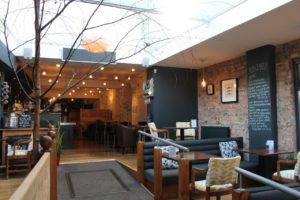 It has been a decade since Lockwoods first opened its doors to the public in December 2005, with owner Matthew Lockwood putting his self-taught cooking skills to the test and a lot has changed, from the décor to dishes in that time.

“It has been a real journey” said Matthew, “sometimes incredible and sometimes fraught with challenges; but it has been great to see the restaurant change and grow up, and to keep many of our customers throughout. That has to be the best sign that we are doing something right!”

Starting life as a simple bistro serving pizzas, burgers and gastronomic delights like Moules Marinere, both Matthew and the restaurant have grown up together (he is still only 36) and the food is now a very grown up affair offering dishes such as pan fried stone bass with coconut and kaffir lime leaf dahl, spinach and bhuna sauce to 45-day dry aged Farmison steak with dripping fried chips. 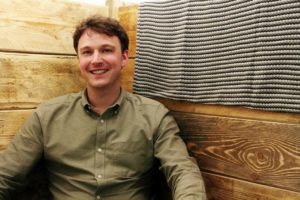 Matthew, a history graduate, started his career in 2000 with the Steel River Group at a restaurant in Osmotherley and then moved to run Leeds’ restaurants Babylon and Manrai. He admits to being totally self-taught and somewhat thrown in at the deep end which has given him a very hands-on approach, which is evident at Lockwoods, from front of house, to waiter, to behind the bar and cooking in the kitchen.

In the last few months Lockwoods has also started gaining recognition outside of its loyal customer base.  The restaurant was awarded North East Restaurant of the Year by the Good Food Guide earlier in the summer and then took home the Best Use of Local Produce on a Menu accolade at the Deliciouslyorkshire Taste Awards in October for its partnership with the Ripon Workhouse Museum Garden which supplies them with a host of unusual heritage fruit, vegetables and herbs during the summer months.

This month, Lockwoods threw a private bash with its best customers and food lovers to celebrate 10 years, with entertainment and their popular Call My Bluff wine tasting.

But never one to rest on his laurels, there are more changes afoot. Next year the restaurant will challenge one if its longest standing dishes – the Lockwood’s Chocolate Pot – which has not changed since the restaurant first put it on the menu a decade ago!  Matthew and his team will be asking the public to devise the best recipe for the next chocolate pot, with a final ‘cook off’ at the restaurant, and the winning recipe going on the new spring menu.