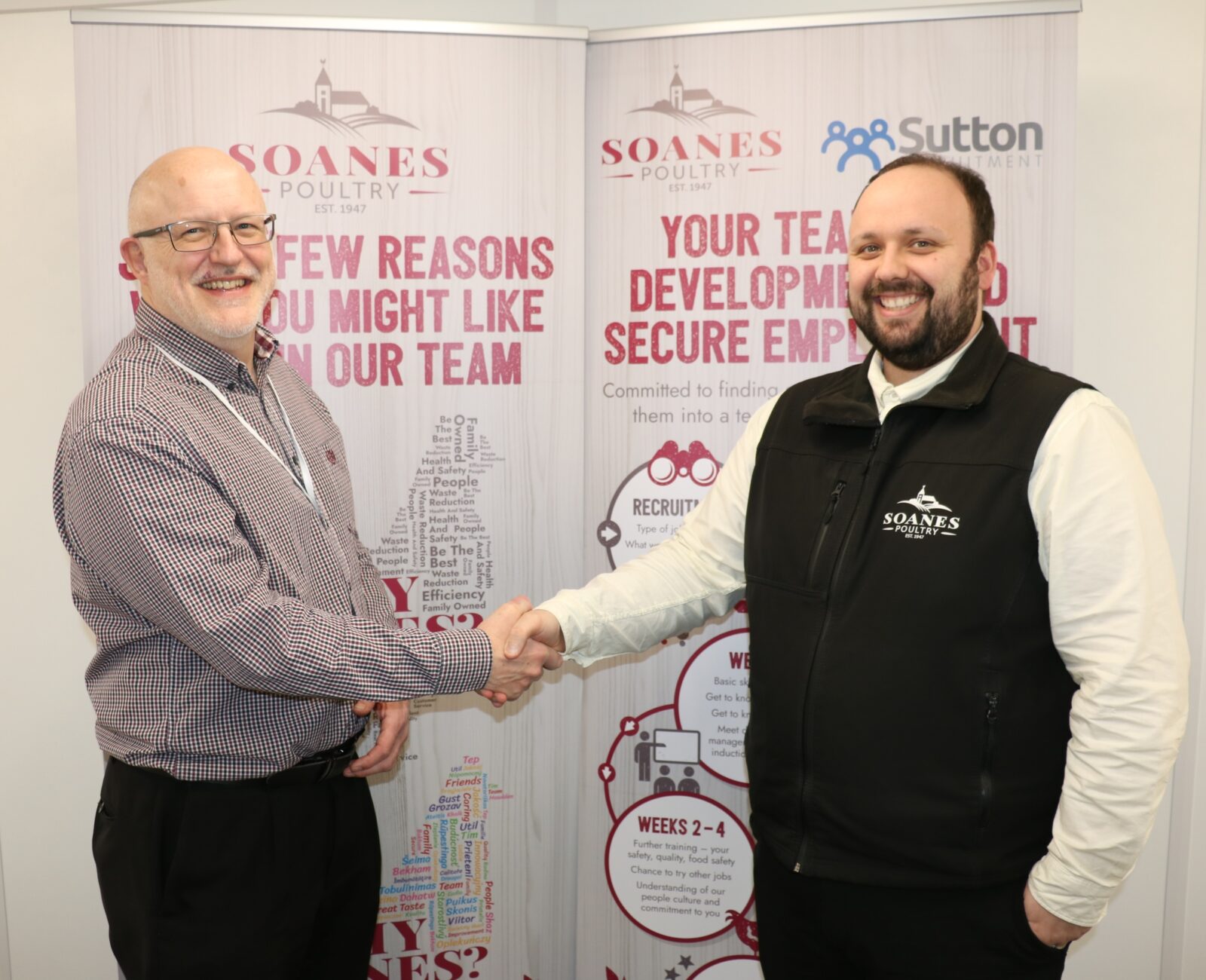 An award-winning poultry firm has recruited its next MD from within the business.

Middleton on the Wolds based Soanes Poultry’s board of directors has appointed former Director of Sales and Marketing, Ben Lee to succeed Nigel Upson on his retirement after a 10-year tenure.

Ben said: “I have a great team around me and am grateful for the opportunities that I have been given. I’m looking forward to developing the team and guiding the business sustainably to the next level for our employees and for future generations of the Soanes family.”

After joining Soanes Poultry in 2012, Nigel Upson was credited with returning the business to sustainable profit in 2014 which saw significant investment in infrastructure, quality, personnel and marketing. He will remain with Soanes in a business support role until his official retirement in 2023, with Ben assuming overall responsibility with immediate effect.

Nigel said: “I have every confidence that Ben has the necessary skills to deliver the next chapter of Soanes Poultry successfully. He is knowledgeable in all areas of the business, is well respected by colleagues, customers and suppliers alike, and always has the best interests of the business at the heart of his decision making.

The appointment comes after a successful year for the East Yorkshire business after being named Poultry Business of the Year at the National Egg and Poultry Awards at the end of 2021.

Soanes Poultry has been rearing and preparing chicken in the region for 75 years and has a reputation for high welfare and sustainable practice, with their award-winning range supplying butchers and independent retailers throughout Yorkshire and to wholesalers and catering butchers nationwide.

For more information about Soanes Poultry visit their website www.soanespoultry.co.uk.