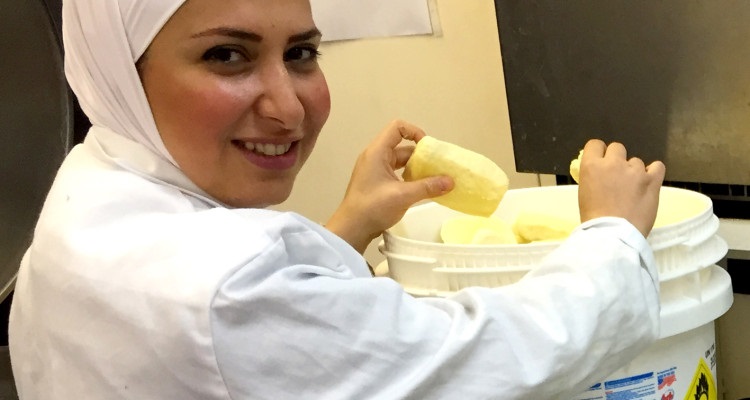 A family run Huddersfield based cheese company are celebrating after winning a Gold Prize for their Yorkshire Haloumi in the 2015-16 World Cheese Awards. 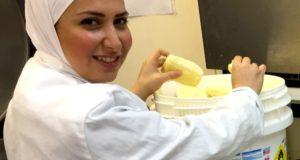 Yorkshire Dama Cheese, which was set up by founder Razan Alsous in 2013 use fresh Yorkshire milk from local Windy Bank Farm in Liversedge mixed with vegetarian rennet, to produce their now award winning cheese.

The prestigious World Cheese Awards which are now in their 27th year are run by the Guild of Fine Foods and are the largest cheese competition in the world, attracting over 2,700 entries from 33 countries this year and judged by some 250 experts.

Razan, who fled the war in Syria before settling in Huddersfield and setting up her cheese company to combine her Middle Eastern heritage with great Yorkshire produce is delighted with the most recent award.

“We first entered our Haloumi into the awards in 2014 and were delighted to be awarded with a bronze.  This time around we’d hoped to go one better but have managed two which is fantastic!  We are absolutely thrilled.  Its rounded off a great for year for us having expanded our cheese range and opened our new a delicatessen The Road to Damascus in the Packhorse shopping centre in Huddersfield, we’re really looking forward to 2016”.

Yorkshire Dama Cheese will be featuring on James Martin’s Home Comforts in the New Year, as part of the A Taste of Home section which will air on BBC1 Wednesday 20th January 2016.