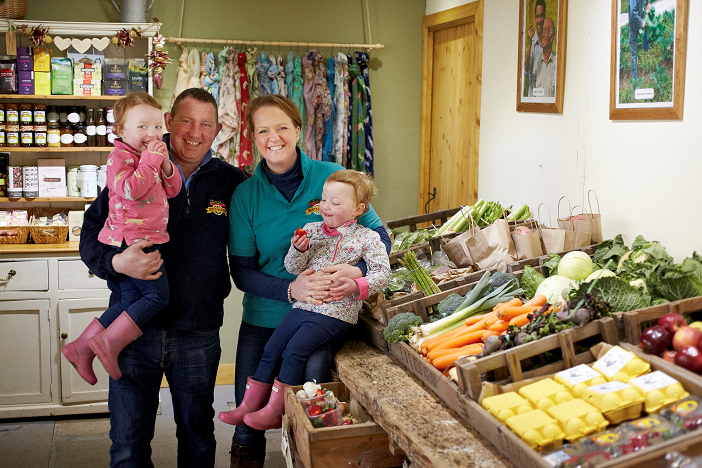 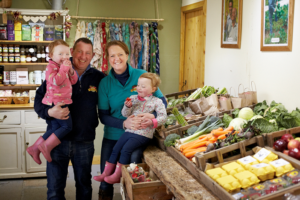 A thriving farm shop that started life as a barrow and an honesty box, is holding its first Meet the Producer Day next month this month.

Bert’s Barrow which launched 15 years ago as a way to raise vital funds for a defibrillator for the village of Hillam, near Selby by villagers Ian (Bert) Thompson and his wife Marlene has grown over recent years since being taken over by son, Jason and daughter in law, Charlotte.

After building up their vegetable box delivery rounds the business was extended into a barn to create the current Bert’s Barrow farm shop which now champions Yorkshire produce from around the county.

The Meet the Producer event, which takes place on 16th August will allow local people to meet and talk to the local businesses who make and supply the fabulous food and drink on offer.

Charlotte Wells-Thompson said: “Here at Bert’s Barrow, we are passionate about supplying local produce to local people and we are really excited about our first Meet the Producer day that will be a celebration of all things Yorkshire.  Every £10 spent in the supermarket would be worth approximately £30 to the local economy if instead people bought from local producers, so our event will hopefully encourage people to come get to know those behind the produce and to understand the work, blood, sweat and tears that goes into supplying the final product.”

The list of producers attending the event reads like a who’s who of Yorkshire finest food and drink which include; Justin Staal from Staal Smokehouse in Beverley to Guy Poskitt, one of the largest carrot growers in the UK from Kellington, and a hog roast with one of Anna’s Happy Trotters free range pigs from Howden.

In addition to the 30 producers in attendance, visitors will also be entertained by Selby Young Farmers, bouncy castle and an observation bee hive.

The Meet the Producer Day takes place at Bert’s Barrow, Austfield Farm, Hillam between 12 and 4pm and entrance is free.