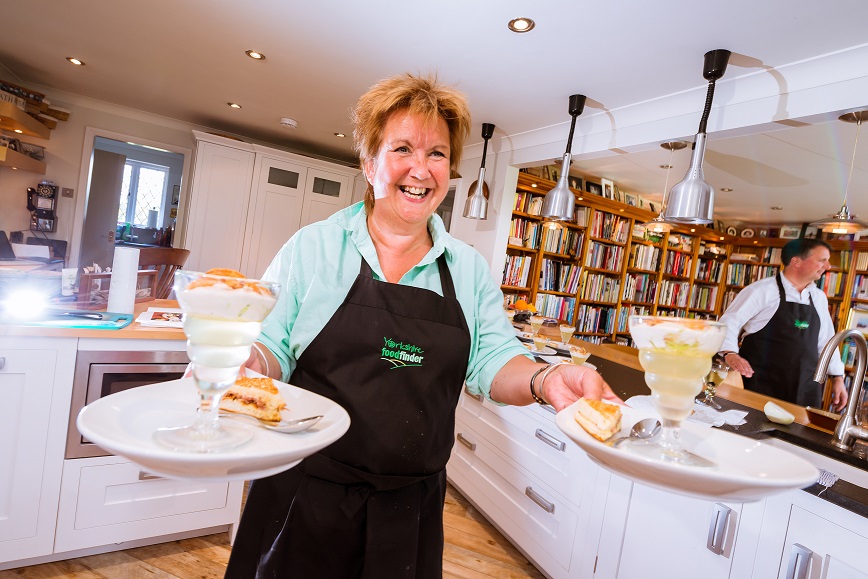 A York based food-trail company are stepping up a gear ready for next weekend’s Tour de Yorkshire. 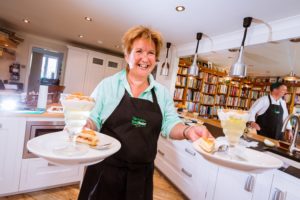 Founder of the Yorkshire Food Finder Sue Nelson has devised menus for a series of special pop-up dinners featuring produce reared, grown or created on or near the route of the international cycle race.

Dinners are regularly held in Yorkshire Food Finder’s bespoke kitchen dining space at its base near York, but the gourmet feasts planned for the coming weeks will all have a distinctly Tour de Yorkshire twist.

The first dinner date coincides with the start of the three-day race on Friday 29th April, with a second dinner on the last day of the race on Sunday 1st May with additional pop-up dinners following throughout May and into the summer.

Guests will sit down to a five-course gourmet feast featuring the best food Yorkshire has to offer, much of which can be found within a mile or two of the race route.

“We’re as excited as the next person about the Tour de Yorkshire,” says Sue, “but while many will be focusing on the riders progress over the gruelling climbs and fast sprints, we see the three stages as a foodie passport to the bounty in God’s own county.”

From Stage 1, Sue will be using smoked products from Staal Smokehouse near Beverley, trout from Kilnsey Park near Grassington, and Yorkshire charcuterie made by Chris Wildman just over the hill in Malhamdale.

The dinners will also feature beers from Otley Brewing Company and Holme Farm venison from Sherburn-in-Elmet on Stage 2 while some ingredients will find their way into the Yorkshire Food Finder basket from Doncaster market, judged last year to be Britain’s best food market in the BBC food and farming awards.

Stage 3 has so many producers along its route that anyone planning a menu is spoilt for choice. Think Elizabeth’s Kitchen bakery in Stokesley specialising in gluten-free products, Stamfrey clotted cream and yoghurts from West Rounton near Northallerton, and Shepherds Purse Cheeses from Thirsk.

Just off Sutton Bank is where Taste Tradition’s Charles Ashbridge rears his rare breed cattle, while near Helmsley Paul Talling is busy nurturing his Loose Birds poultry, which goes remarkably well with beers from the Helmsley Brewing Company.

Cheese from Botton Creamery down the road from Danby will help round off the dinners as will offerings from The Chocolate Factory at Hutton-le-Hole.

For more information on the pop up dinners visit the Yorkshire Food Finder website www.yorkshirefoodfinder.org or contact the team on 01904 448439