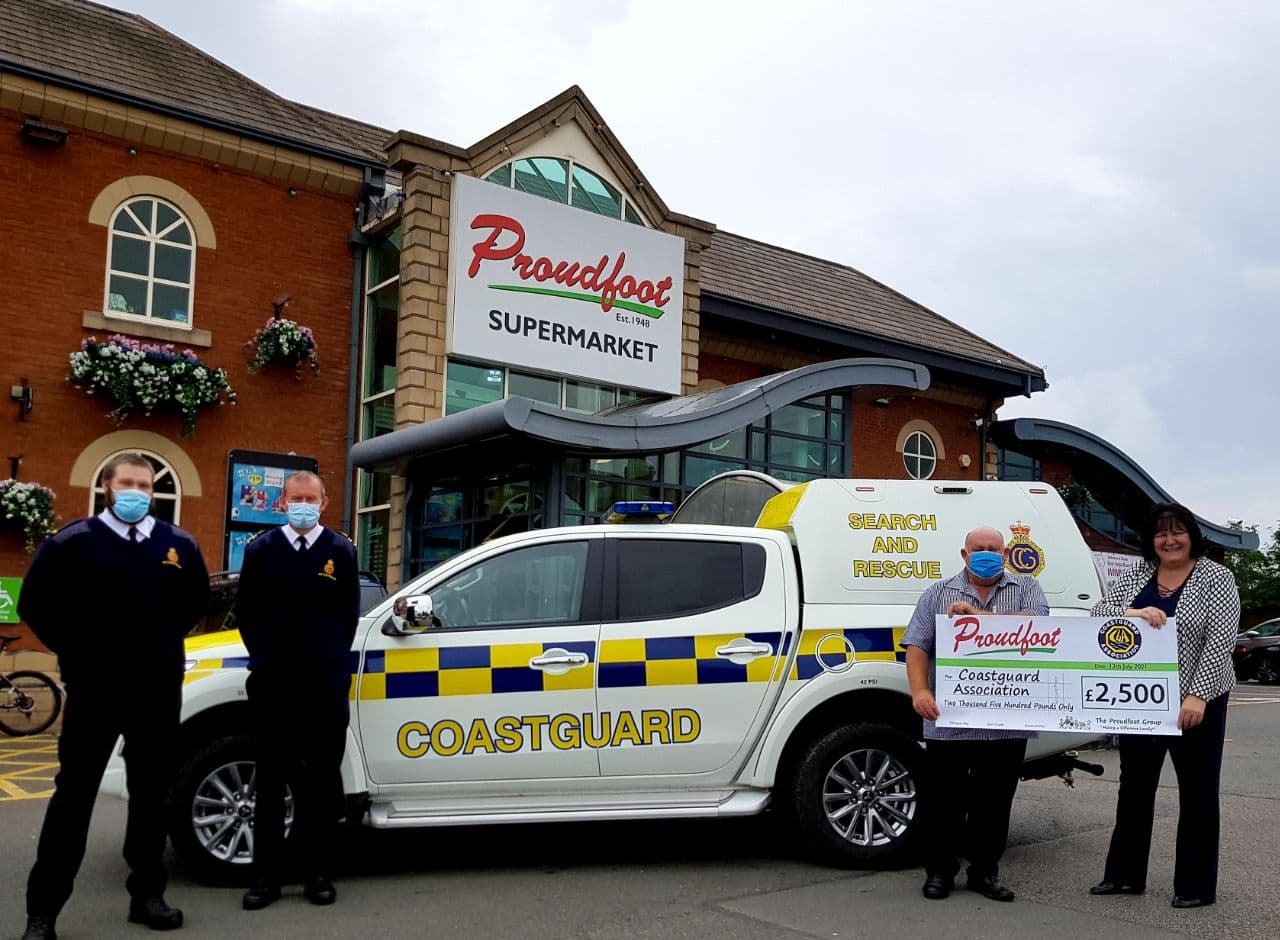 Over £5,000 has now been donated to Scarborough, Whitby and Ryedale Mind and the Coastguard Association which will help fund the vital services they provide locally.

The funds were raised across Proudfoot’s four supermarkets, based in Newby, Eastfield, Seamer and Manham Hill, during the first half of the year and saw the two charities presented with donations of £2,500 each.

SWR Mind are an independent charity supporting the local community throughout Scarborough, Whitby, Ryedale and the Esk Valley, and provide a range of services including a one to one peer support service, social prescribing, counselling for suicide prevention, activity sessions, training and awareness talks and much more.

Sophie Hall, CEO of Scarborough, Whitby and Ryedale Mind, said: “As a small organisation, fundraised income is hugely valuable to us as it gives us more freedom on how to spend the money, particularly on services that might be a challenge to fund through foundations such as talking therapy.

“We intend to use the money raised by Proudfoot customers to pay for counselling sessions for people that have been significantly impacted by the coronavirus pandemic, especially those affected by bereavement or a serious loss, such as loss of employment or relationship breakdown.

“All monies donated to us are used solely in the local area so Proudfoot and their customers are making a huge difference to the community around them and we can’t thank everyone enough for their generosity.”

Coastguard Association Chairman Stuart Arundel met with Proudfoot Group Director Valerie Aston who handed over a cheque for the money raised at their Newby store, along with other members of the local Scarborough and Burniston search and rescue team.

Founded in 1822, the Coastguard Service was originally formed to combat smuggling and gradually evolved into the lifesaving operation we know today. A national registered charity affiliated to Her Majesty’s Coastguard, the team is lead by a group of volunteers who are all serving or former officers, who operate and fundraise to provide welfare for their members and colleagues, active and retired, who fall on hard times.

Proudfoot stores have been raising money for good causes in this way since the introduction of the 5p carrier bag charge in 2015 and have donated around £65,000 from the funds raised to charities and other community groups in the area.

In addition, Proudfoot stores have supported local causes with more than £100,000 in donations raised through Nisa’s Making a Difference Locally charity to date.

For more information on Proudfoot Supermarkets and their other charitable activities visit www.proudfootsupermarkets.com