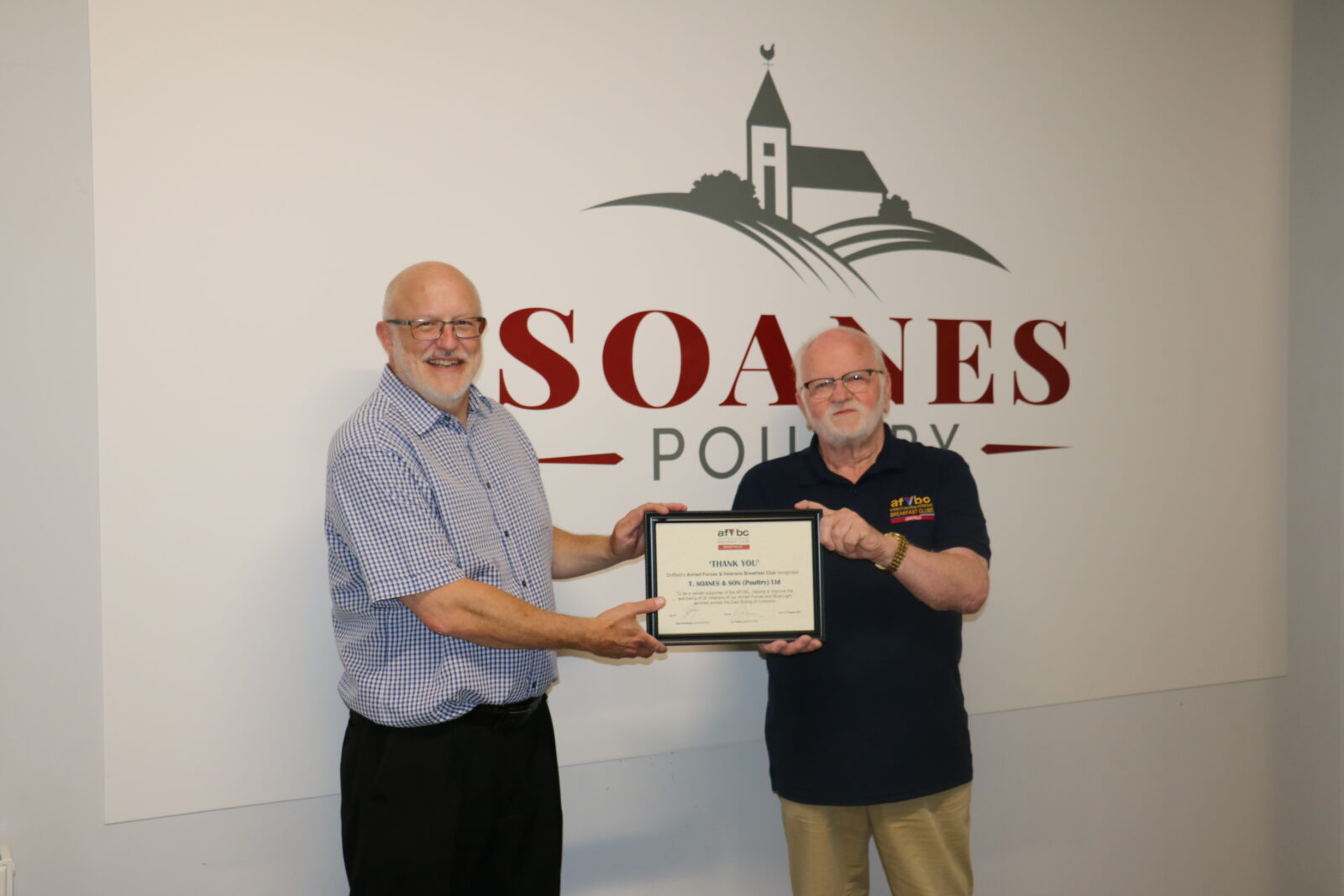 Middleton on the Wolds based Soanes Poultry have been awarded a certificate of thanks from representative of the Armed Forces and Veterans Breakfast Clubs (AFVBC) for their generosity.

Founder and Co-Admin of Driffield AFVBC, Ian Dewar made the presentation to Soanes Poultry’s MD, Nigel Upson in recognition of their regular donations to help raise important funds for the organisation.

Mr Dewar said: “Since the formation of Driffield’s AFVBC in 2019, many companies have stepped forward and offered their support.

“Soanes Poultry here in Middleton was one of the first to come forward and their regular donations of prizes to our monthly raffles have been much appreciated in both substance and taste!

“On behalf of all of our members, it gives me great pleasure to recognise this support of veterans of our armed forces and blue light services by asking Nigel Upson and Soanes to accept this small token of our appreciation.”

Founded in Hull by former Royal Engineer, Dereck Hardeman, The Armed Forces and Veterans Breakfast Clubs have grown to have over 150,000 members and 370 clubs worldwide. Combating loneliness and other problems faced by veterans returning to civilian life, the AFVBC provides a forum for people to meet up and enjoy the feeling of comradeship that they had before.

The award-winning family-owned business have been rearing and preparing chicken in the region since 1947 and their range of high welfare products are available through butchers and independent retailers throughout Yorkshire and to wholesalers nationwide.

Receiving the award, Mr Upson said: “As a company, we pride ourselves on supporting local community groups from foodbanks to sports teams. We’re particularly proud to support the work of Ian and his team at Driffield AFVBC as we owe the beneficiaries of these groups a huge debt of gratitude. We look forward to supporting them to deliver this vital service for future service men and women.”