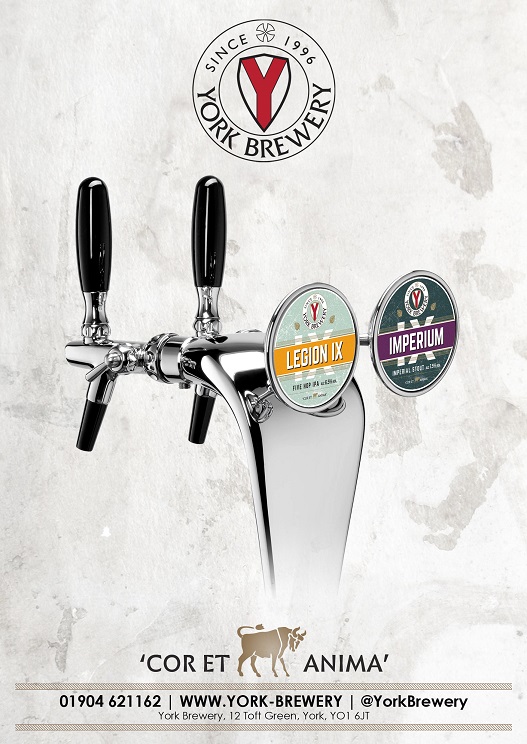 A York based brewery are planning to conquer the export market with the launch of their brand new beers which highlight York’s Roman heritage. 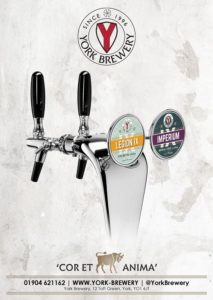 Following the fine tradition of the Roman craftsmen of Legion IX Hispana, who founded York, and brewed with ‘heart and soul’, the new beers have been designed to become legendary!

Fermentation methods and techniques have been reviewed, adjusted and modified by the whole team at York Brewery’s Toft Green site, who have been involved in the concept and creation of the new Cor et Anima range, and the two new beers Legion IX and Imperium.

Launching in the UK from early October, Legion IX and Imperium will then forge their way into foreign markets over the coming months, bringing a taste of York and its heritage to international taste buds!

Neil Arden Brand Manager added, “Both Legion IX and Imperium represent a departure from our more traditional brews and will be the first beers that we have produced designed specifically for keg and bottle only. We’re really happy with the result and are excited that they’ll soon be available overseas as well as locally.”

York Brewery Director Andy Barker said, “To craft something is to put your heart and soul into making it. So just as the Roman craftsmen did when they laid the foundations for York, our brewers have put their all into creating the Cor et Anima range. We are proud of our brewing provenance and our team of brewers are sure they’ve created beers that will stand the test of time.”