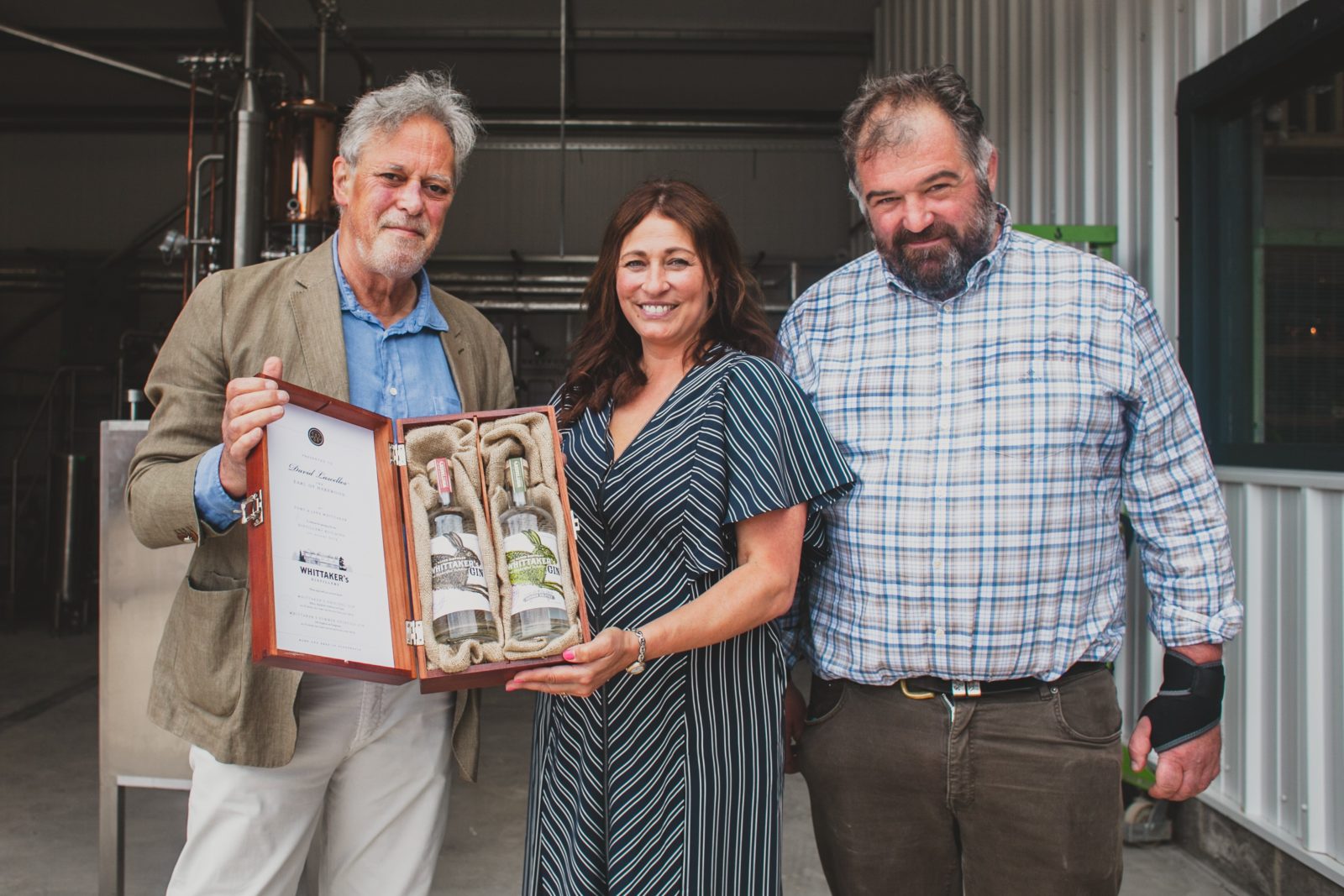 Whittaker’s Gin marked Yorkshire Day with a bang earlier this month by hosting a grand opening of their new distillery in Nidderdale.

Set up by husband and wife team Toby and Jane Whittaker in 2015, the couple welcomed the Earl of Harewood, alongside local business owners, friends and family to join them to celebrate the completion of their brand new distillery which will not only be producing their range of award-winning gins but also be home to the teams new whisky.

Guests were treated to Whittaker’s gin mixed with Double Dutch tonics before being given a tour of the new facility which includes a distillery shop, selling a selection of local goods and a cafe.

James Robinson, part of the father/son team who provided architectural services said: “We were thrilled to have worked on this project, the dedication to using local craftsman and supporting local businesses throughout is really admirable.’

The project has benefitted from a financial grant from LEADER to build their new premises which will boost local Nidderdale tourism through their café and distillery tours.

David Lascelles, Earl of Harewood and an avid supporter of the business said: “I’m thrilled the brand is moving to whiskey production.  Mark Twain once said ‘too much of anything is a bad thing, but too much good whisky is barely enough”.

Whittaker’s secured a European grant from PAPI for product innovation – allowing them to not only extend their production line but also giving them the ability to create ‘grain to glass gin’. Currently there are just over a dozen producers in the UK maintaining their supply chain in such a way, keeping Yorkshire on the cutting edge of the drinks production market.

Owner Toby said: We’re thrilled with the distillery which is the culmination of months of hard work by our team.  We’re really looking forward to welcoming people for tours over the coming weeks and months.”

Distillery tours can be booked online at www.whittakersgin.com