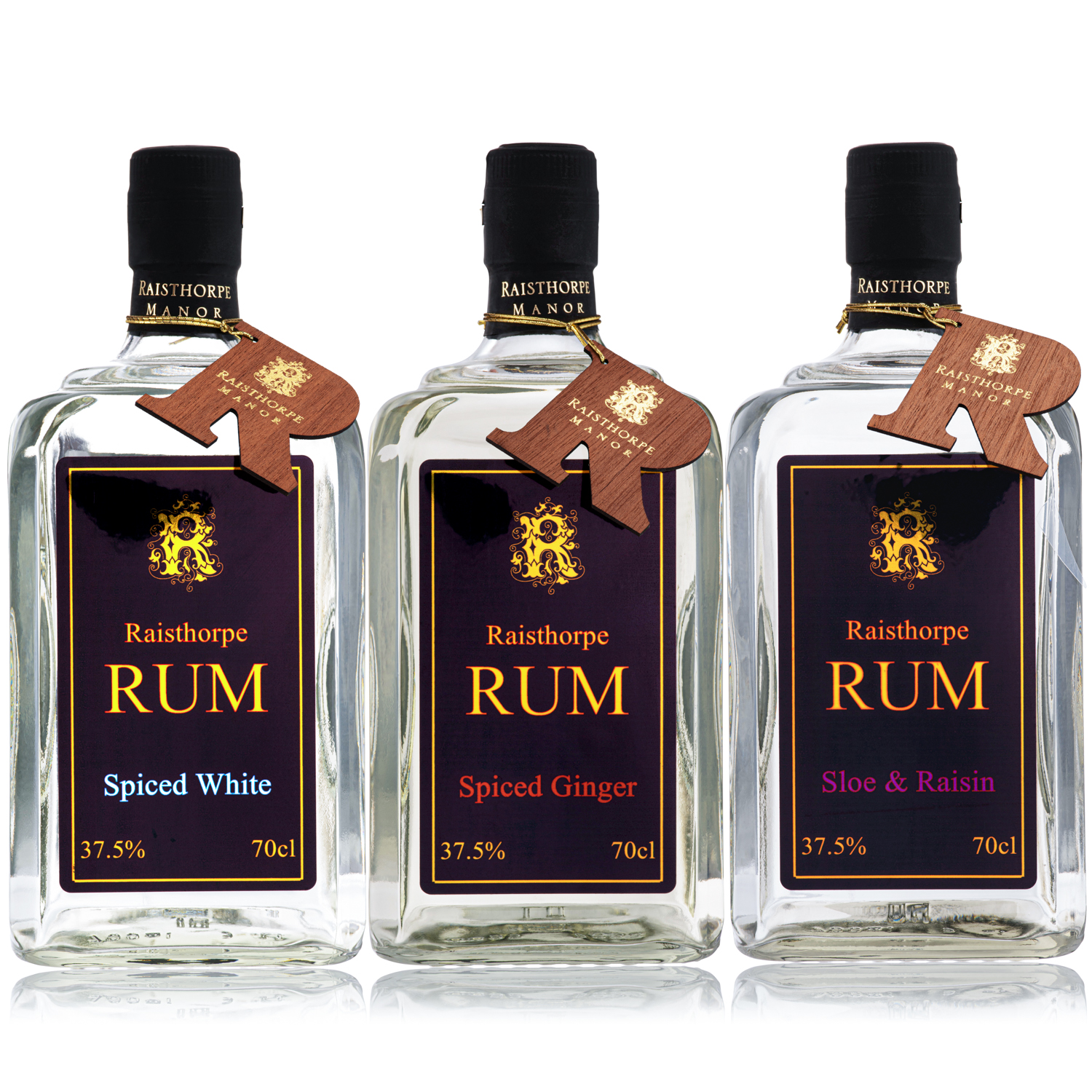 The three rums – in Sloe and Raisin, Spiced Ginger and Spiced White flavours – are all produced on the farm at Thixendale.

Raisthorpe’s celebration of the classic flavour match of Sloe and Raisin uses sloes hand-picked from hedges on the farm and steeped in golden rum.

All three rums are great straight from a hip flask in cold weather or can be served over ice, either neat or with a premium mixer. They are also perfect as the basis for a cockle-warming cocktail.

Raisthorpe’s sales and operations director Oliver Medforth said: “While gin continues to dominate the drinks market, rum is widely predicted as the next big spirits category.

“Demand is being driven by consumers seeking drinks that reflect the season as well as their love of craft cocktails. Some of the most popular cocktails such as mojito and daiquiri are made using rum.”

The rums are the latest addition to Raisthorpe’s range of award-winning gin, vodka and whisky and follow the company’s success at this year’s Great Taste Awards.

Raisthorpe products are made using only the finest (locally sourced where possible) ingredients. Two of its liqueurs are currently stocked in the cocktail bars of Harvey Nichols nationwide.

Available in 70 cl bottles, the rums retail for £29.99 each and are available from independent retailers throughout the country as well as via Raisthorpe’s website www.raisthorpemanor.com